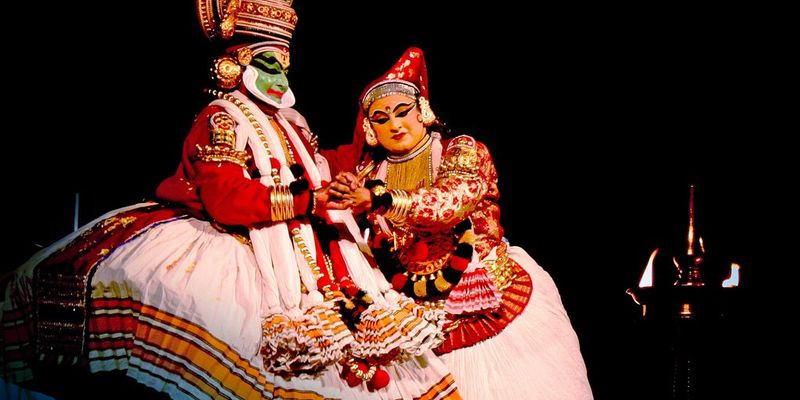 Kathakali, literally meaning ‘story play’, is a dance, drama originated in the 17th century in Kerala, one of the smallest states in India lying on the west coast of the Indian peninsula. Scholars are of opinion that Kathakali is the result of a fusion between all Indian theater tradition represented by Koodiyattom and the indigenous tradition of folk dance forms.It was one of the Rajas (Chieftain) of Kottarakkara, who wrote the first play intended for Kathakali performance. They form a cycle of eight stories based on Ramayana.